Gaurishankar Conservation area, the prime habitat of the endangered Red Panda was established in January 2010. This conservation area covering 2179 sq. km. connects the two national parks, Langtang National Park and Sagarmatha National Park. Tourists visit the national parks rarely setting foot in this conservation area due to which there are off-beaten trails here. In 2010, the government of Nepal handed over the management of this area to National Trust for Nature Conservation (NTNC) for 20 years. It is home to endangered species in the lap of Mt. Gaurishankar (7134 m.). Forests and bushes cover 44.5% of the land, cultivation land 8.8%, 2.77% glaciers, and the rest is covered by barren land and others. Tsho Rolpa Lake, Gaurishankar Himal, monasteries, and temples in this area carry great religious importance. 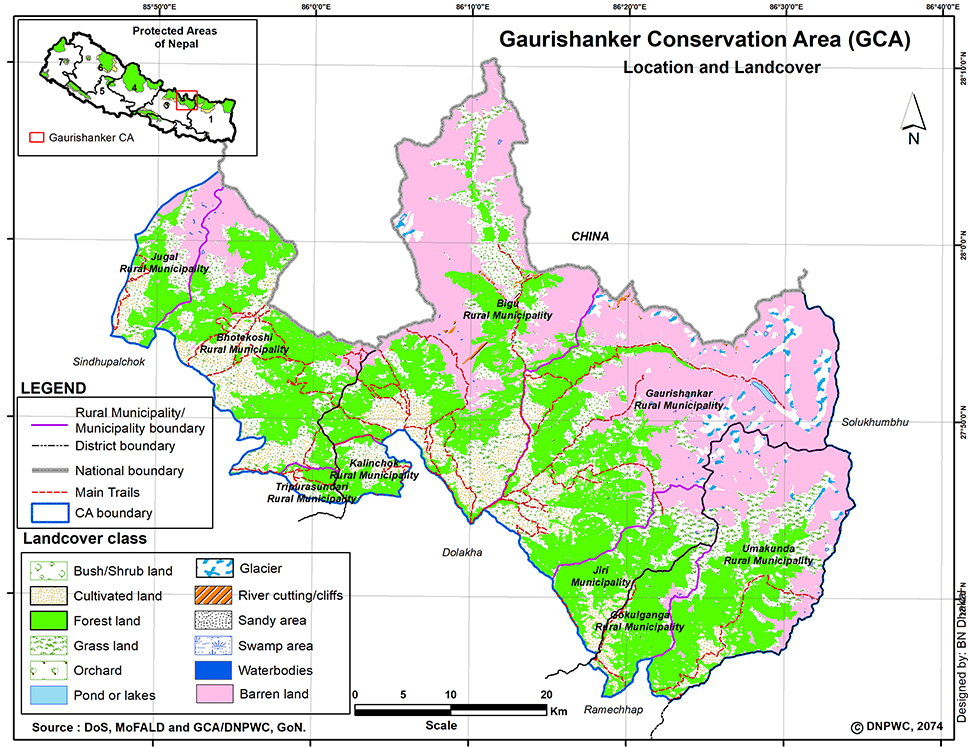 The elevation ranges from 968 m. to 7181 m. above sea level. We can find Subtropical, Temperate, Sub-alpine, Alpine, and Nival climatic zones in the region.

There is a variety of wildlife and vegetation in the Gaurishankar Conservation Area. We can find 235 species of birds and 34 species of mammals including the endangered snow leopard, Himalayan black bear, and Himalayan Thar. About 16 varieties of vegetation can be found here.

We can find a vast array of ethnicities in this area. The ethnic groups of Tamang, Sherpa, Chhetri, Newar, Thami, Dalit, Magar, Gurung, Brahman, Sunuwar, and Surel reside in the buffer zones of Gaurishakar Conservation Area. The locals depend on Farming, Pastoralism, Quarrying, and Tourism for their lives.