Notice: Trying to get property 'display_name' of non-object in /home/tigerencounter/www/www/wp-content/plugins/wordpress-seo/src/presenters/meta-author-presenter.php on line 40

Bardia National Park; In 1969, 368 sq km of Northern Bardia was delineated as a Royal Hunting Reserve, a playground exclusively reserved for the royals and their guests. Later In 1976, under the National Parks and wildlife conservation act (1973), the then government of Nepal declared the Royal Bardia Wildlife reserve and afforded its full protection under the laws of Nepal.

Moreover, in 1982, the Nepalese government resettled nearly 1500 people from the adjacent Babai Valley to expand Bardia’s territory from 368 sq km to 968 sq km. In 1988 the status was upgraded and named it Royal Bardia National Park and is termed only as Bardia National Park after the end of monarchism in Nepal. 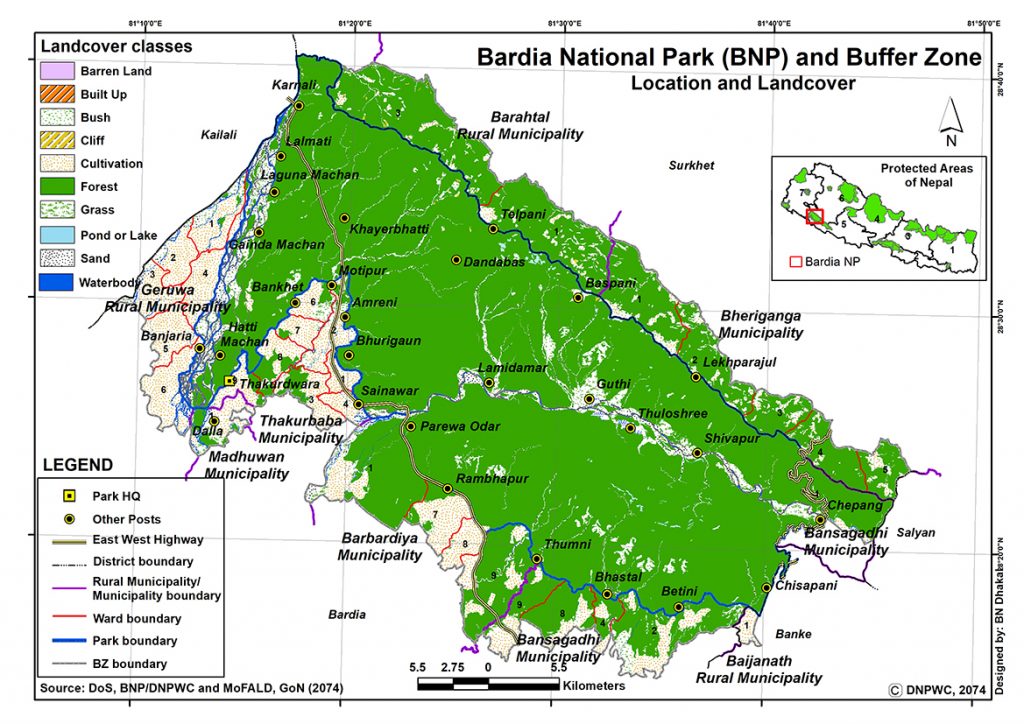 Bardia National park lies in the southwest part of Nepal. Its 968 sq km of area makes it the largest national park in the terai region of Nepal. With the crest of Siwalik range on the north, Karnali River and its tributaries on the south, forest, cultivated land, small villages, and Mahendra highway on its south and east. The park provides an undisturbed area of surroundings for a large number of rare species.

The climate of this part of Nepal is usually warm and has three distinctive seasons, October to March its moderate dry with warm days and cool nights, April – May the temperature rises up to 45 degrees Celsius which is the best time to visit for a tiger encounter since the big cats come out for river water in this extra dry season whereas June – September seasons monsoon in this sub-tropical zone.

The headquarters of Bardia National Park is located about 13km south of the Mahendra Highway in the village of Thakurdwar. The bumpy across road leaves the highway at Ambassa, about 500m before the Amreni army check post. It leads to a walled compound, which contains a number of attractions. Just past the gate is a simple visitor center consisting of two large this piques your interest you can arrange cultural tours of Tharu villages through most hotels; otherwise you can rent a bike and explore by yourself. Further on lies a small breeding center for mars mugger and Gharial crocodiles, as well as turtles. An adjacent enclosure contains Shivaram, a rhino who was injured as a baby in Chitwan. Blind on one eye, he used to wander freely around the park headquarters until he killed a man. Best not to pet this one.

Note that if you bring your park permit, the admission fee to visit the animal exhibits is waived. Otherwise, you can use your animal exhibit ticket to get into the cultural museum, too.

There is also an elephant breeding center about 2km southwest of park headquarters. The best time to visit is morning and afternoon when the elephants have returned from grazing in the park (10 am to 4 pm). The mothers and calves are occasionally visited by free-ranging wild males – if this happens keep well clear of the male!

With almost 70% of a balanced mixture of grassland, savannah and riverine forest Bardiya National park reside 642 species of animals, 407 species of resident and migratory birds, 125 species of fish, and 839 varieties of plants. The protected area also has several rare species such as one-horned rhino, Gangetic dolphin, swamp deer, wild elephant, and blackbuck. Along with these rare animals, Bardia National Park is home to the magnificent Bengal Tigers.

Bardia National Park offers a variety of wilderness experiences in its vast undisturbed landscapes. About 70% of the forest area is covered by Sal forest (Shorea robusta), and the remaining areas entertain grassland and riverine forests. A total of 56 species of mammals, 438 species of birds, 52 species of herpetofauna, and 121 species of fishes have been recorded from the park. In addition numbers of migratory bird species visit the parking area making BNP an ideal wildlife tourism destination. 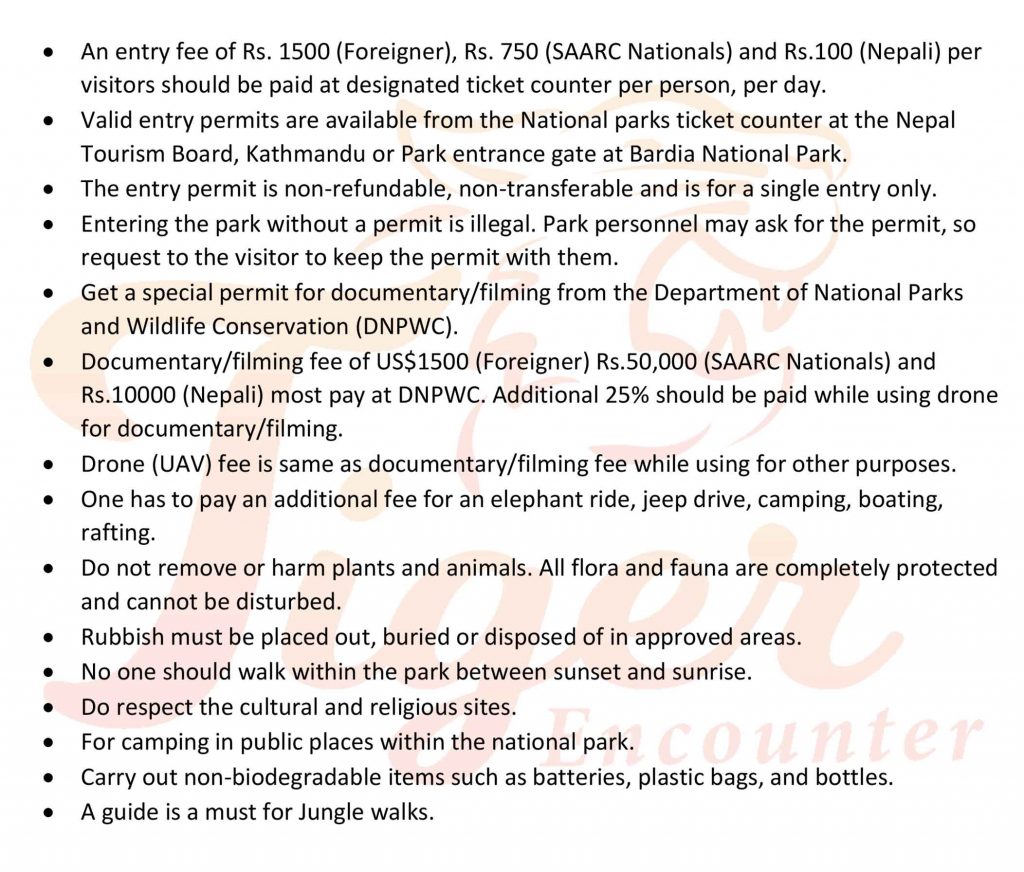