Sagarmatha National Park is home to Mount Everest, the highest peak in the world. It is extended over an area of 1,148 sq km. It was established in 1976 and got inscribed as a UNESCO Natural World Heritage site in 1979. A buffer zone of 275 sq km was added in 2002. Similarly, Gokyo Lake inside the park was listed as Ramsar Site in 2007.

The park has an exceptional area with World’s first (Mt Everest 8,848.86 m) and fourth (Mt. Lhotse 8,516 m) highest peaks. Likewise, there are numerous above 6000-meter peaks. Besides these dramatic mountains, there are many Himalayan glaciers, high-altitude lakes, and deep valleys with rugged terrain. It is also part of the Sacred Himalayan Landscape. 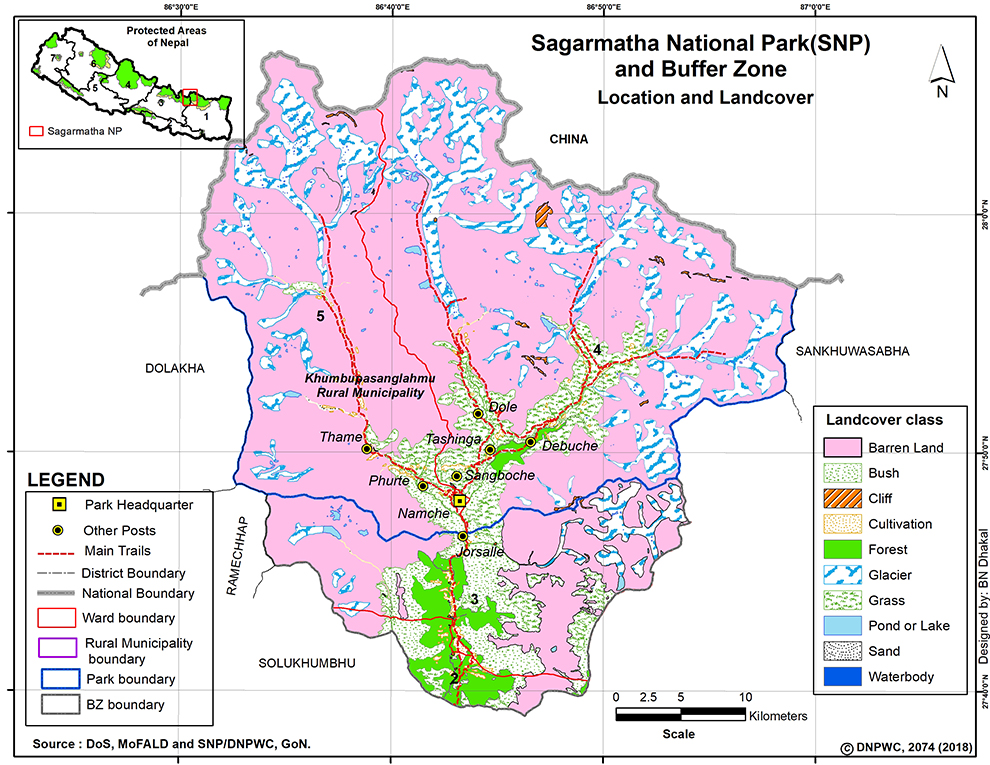 The elevation range of Sagarmatha National Park starts from 2845 m to the highest peak. It is adjoined by Makalu Barun National park in the east. To the west is the Rolwaling valley of the Gaurishankar Conservation Area. Similarly, the park is adjacent to the Qomolangma National Nature Preserve of Tibet to the north. While the Sagarmatha National park Buffer Zone area lies to the south.

The Himalayan landscape of Sagarmatha National Park and its wide altitudinal range has a wide range of climates. It has a humid subtropical climate in the lower altitudes and cold dry conditions at the higher altitude. Summer months (June to August) record heavy rainfall in the lower altitudes. Whereas winters (December to February) are cold and dry, the temperature dropping below the freezing point. The spring season (March to May) on the other hand, still experiences winter conditions but with some sunlight. In contrast, in the autumn season (September to November) the sun disappears from the sky entirely. Keeping the weather conditions in mind the best time to visit the park is October-November and March to May.

Sagarmatha National Park is about 135 km away from Kathmandu. There are many ways to get to Sagarmatha National Park. Flying to Lukla and hiking for two days is the popular option. However, you can also ride up to Jiri and take ten days of hiking. Riding up to Salleri shortens the hike by 5 days. Flying to Tumblingtar and Phaplu and hiking for 10 and 5 days respectively is another. Direct helicopter flight to Namche Bazar, Kala Patthar, or even Everest Base Camp and other destinations inside the park is also possible.

The most common ways to reach park headquarters, Namche from Kathmandu are:

Up to 4,000 m of the park, there are forested zones where birch, juniper, blue pines, firs, bamboo, and rhododendron grow. However, on the higher altitudes plant life is limited to dwarf shrubs, grassland, and cushion plants like mosses up to 6000 m. The altitude above 6000 m has no vegetation at all. The number of fauna available in Sagarmatha National Park, however, is less in comparison to other protected areas. This is because of the arctic weather conditions of this region. However, around 118 species of birds including Impeyan pheasant, crimson-headed pheasant, etc. Similarly animals like Himalayan wolves, musk deer, Himalayan black bear, etc. The park is also home to rare Himalayan species like snow leopard and red panda.

Sagarmatha National Park is also popular with Sherpa people living in the area and their local culture. They are of Tibetan origin and their culture has Tibetan influence. There are 20 Settlements around 6000 Sherpas live in surrounding villages such as Namche Bazar, Kunde, Khumjung, Thyangboche, Pangboche, etc. The Sherpas of these 20 villages settle around the trekking trail temporarily during tourist season. Other than tourism they also depend on livestock farming and agriculture for livelihood.

Things to do and Places to Visit

Trekking on the world’s most famous trekking route, the Everest Base Camp is the main activity in Sagarmatha Nationa Park. Along with Mt.Everest different renowned peaks such as Cho Oyu, Pumori, Thamserku, Ama Dablam, etc are visible on the EBC Trek. Similarly, mountaineering is also a major activity in this region. Every year hundreds of mountaineers visit the park to summit Mt. Everest and other peaks. Likewise, a Helicopter tour to Everest Base Camp is also an attraction for tourists and mountain lovers.

Due to the Tibetan influence and Buddhist religion being practiced in the region, there are several monasteries worth visiting. The monasteries at Tengboche, Thame, Khumjung, and Pangboche are some of the famous monasteries in the area. These monasteries are also common gathering places during the festivals like Dumje, Mane Rumdu, Etc.

This beautiful high-altitude lake complex listed as the Samsar site is also located in Sagarmatha National Park. The Gokyo lakes contain six lakes, among them, lake Thonak is the largest. Camping around the lakes or simply spending a day in a park could be an enthralling experience. Since the area offers spectacular views of surrounding mountains and glaciers including the mighty Everest. 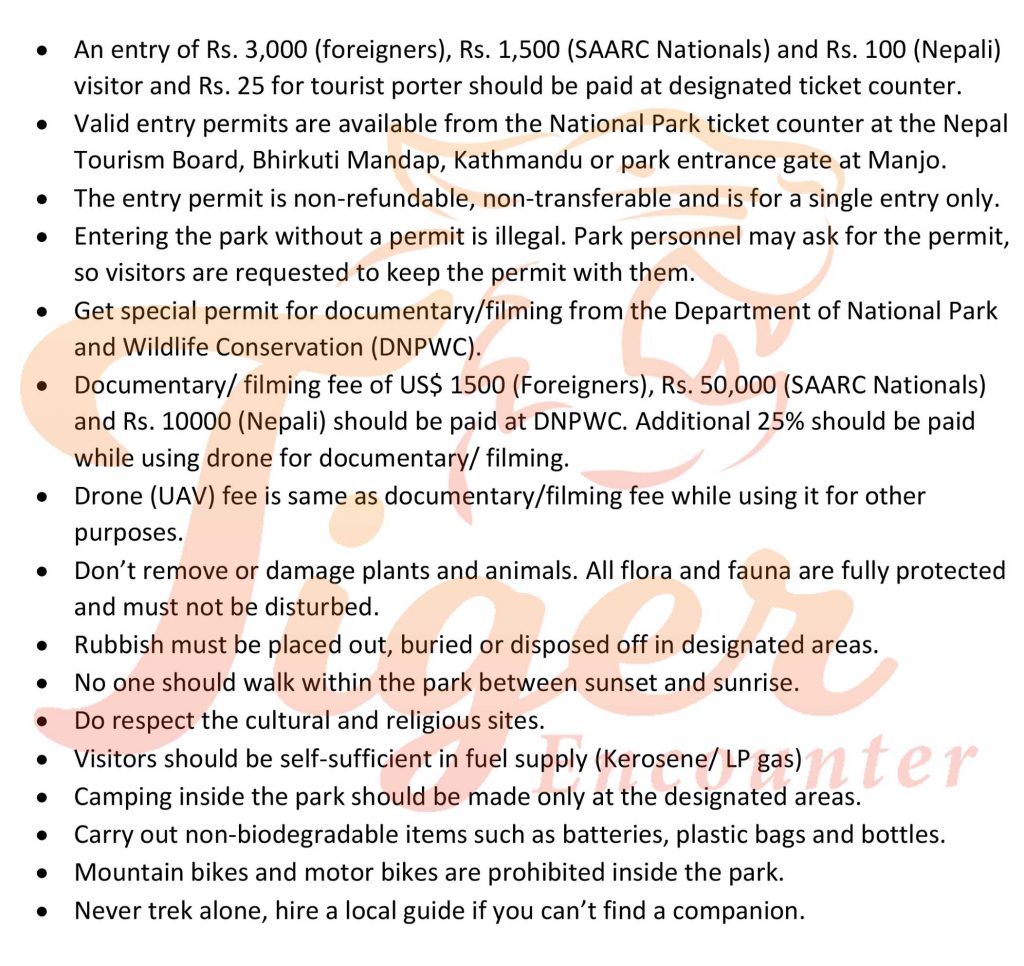