Khaptad National Park is a protected area in the Far-western region of Nepal. It stretches over four districts of the region namely Bajhang, Bajura, Achham, and Doti. It covers an area of 225 sq km and ranges in elevation from 1400 m to 3300 m. The park was established in 1984 on the advice of Khaptad Baba, a holy priest of the region. A buffer zone of 216 sq km was declared in 2006. It is said that Khaptad Baba moved to the area in the 1940s to meditate. He spent about 50 years in solitude and later became a renowned saint. The Khaptad Baba Ashram. located near the park’s headquarter is a famous religious site for Hindus. 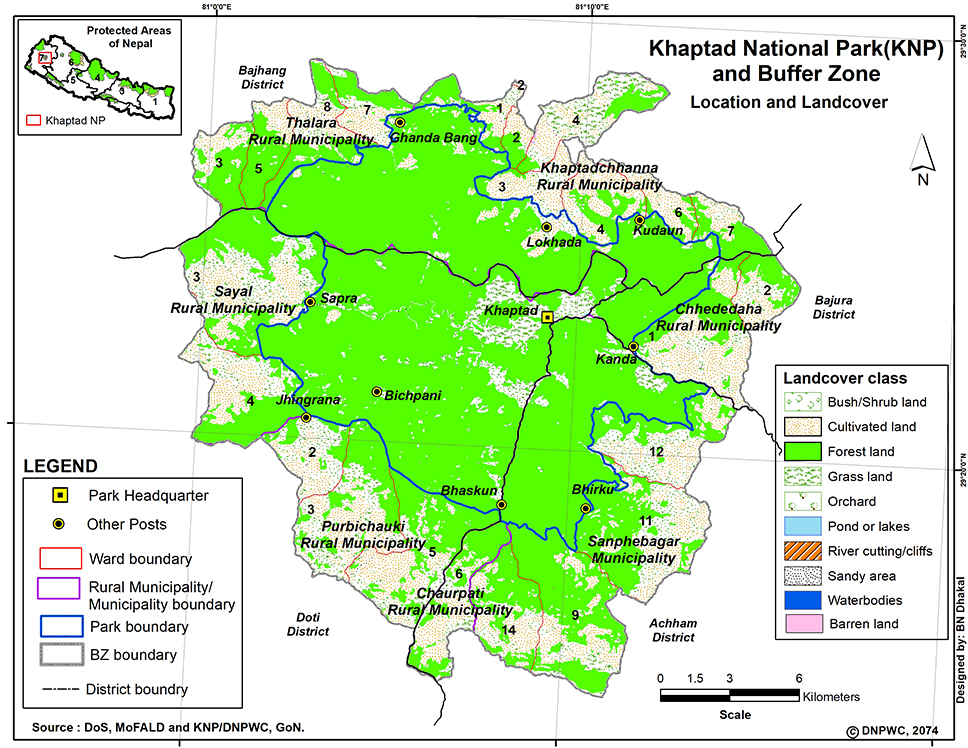 Khaptad National Park is a hidden treasure located in the far-western region of Nepal. Its remote location makes it a perfect destination for adventurers and nature lovers looking for a real wilderness experience. Api and Saipal Himalayan ranges can also be seen from the park.

The park offers a beautiful variety of landscapes, with green hills. The greenery of Khaptad National park is filled with 567 species of flora including pine, hemlock, oak, and rhododendron. Around 224 species of medicinal herbs are also available in its lush greenery. Similarly, the park also offers excellent bird watching opportunities, with 270 species of birds. Birds like Impheyan pheasant, partridges, flycatchers, bulbuls, cuckoos, eagles, Peregrin, falcon, the white-rumped vultures, etc can be spotted in the park. Likewise, Khaptad is also great for spotting animals such as leopard, Himalayan black bear, wild dog, musk deer, barking deer, langur monkey, etc. 23 species of mammals have made the park their home.

Things to do in Khaptad National Park