Rara National Park is the protected area in the Himalayas and one of the most famous trekking destinations of Nepal. With an area of 106 sq km, its altitude ranges from 2800 m to 4039 m. The park was established in 1976 while a buffer zone of 198 sp km was declared in 2006. It is the smallest national park in Nepal however it is an important nature conservation site. 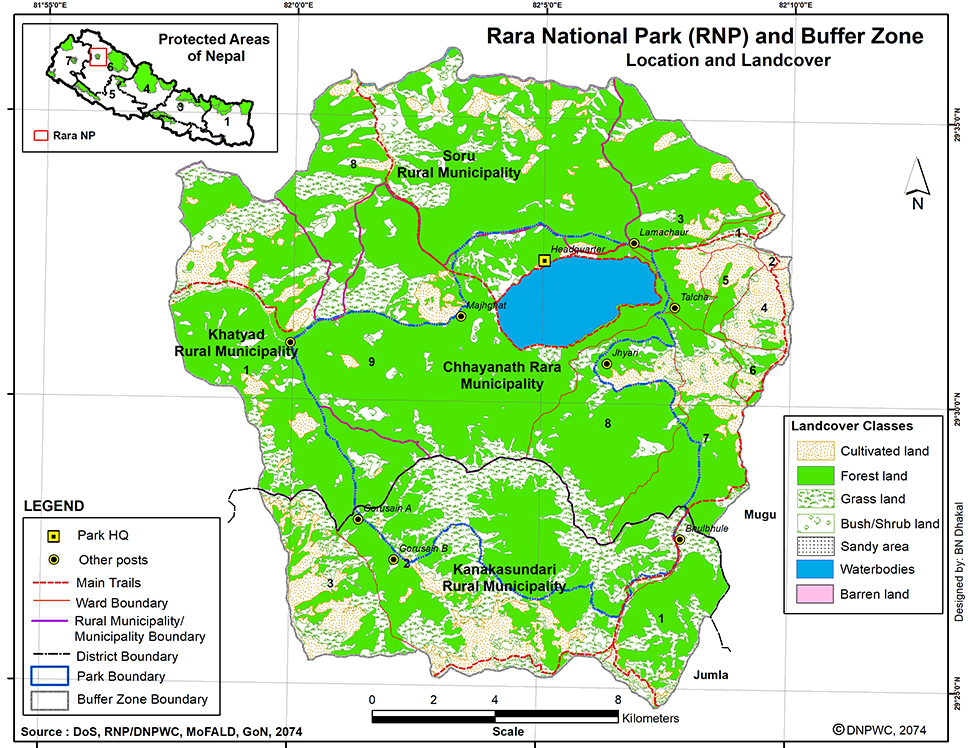 Rara National park is located in the far northwestern part of Nepal. It is extended almost 90% in the Mugu district and rest 10% lays in the Jumla district.

The climate of Rara National Park is pleasant and warm during the summer (April to June). Followed by monsoon season (June to August) making it difficult and challenging to access. During winters (December to March), the temperatures drop below freezing and many high passes remain blocked by snow. The best months to visit the park are November, September, October, April, and May.

To get to Rara National Park from Kathmandu visitors must fly/drive to Nepalgunj, followed by a flight to Talcha airport. From there Rara NP can be reached in few hours of walk. Another option is to fly to Jumla or Kolti from Nepalgunj and trek for three days to Rara NP. Or Nepalgunj to Surkhet followed by a three-day trek to the park.

There are no settlements within the boundaries of Rara National Park, as the two villages once inside the area, Rara and Chhapru, were resettled in the Banke District when the protected area was established. Agriculture is the basis for the local economy in the surrounding areas.

Things to do in Rara National Park