Krishnasar Conservation area is established for the major purpose of protecting the blackbuck. It was announced as a conservation area in the year 2065 B.S. (2009 A.D.). In the early 2030 B.C., Blackbuck was assumed to be extinct from the Bardiya National Park area and the whole of Nepal.

There had been a search if this animal is still there in Banke and Bardiya area. In 2032 BS, in the forest of Khairi Panditpur, 9 blackbucks were spotted. Then, by the year 2075, with joint efforts, the count has increased to 187. Thus, to further protect this animal, 10.25 kilometers of barbed wire surrounds the area. 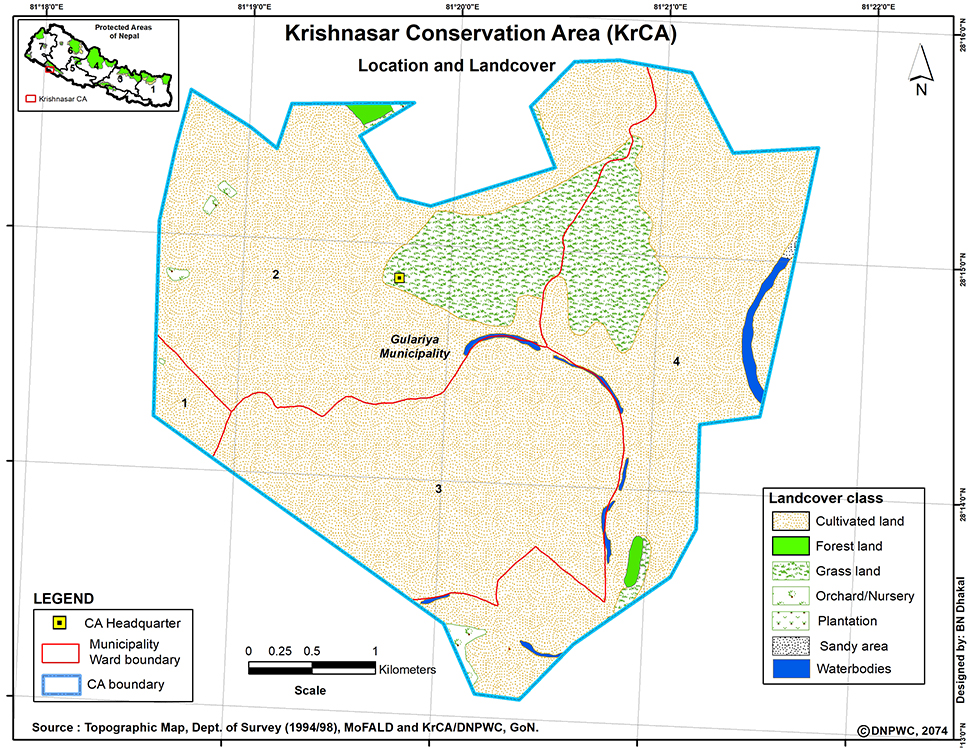 Covering an area of 16.95 sq. km., Krishnasar Conservation Area is located in the western lowlands of Nepal. It lies in the Gulariya municipality of Bardiya district.

Krishnasar Conservation area has a tropical monsoon climate. The weather remains dry from October to early April. The temperature from April to June increases to 45 degrees Celsius.

Located in the Terai region of Nepal, it is not quite difficult to get there. We can take a flight to Nepalgunj. From there about 3-4 hours of bus ride takes us to Bardiya. Visitors traveling by bus from Kathmandu need to disembark at Khairapur and walk 500 meters on foot to reach the headquarters.

Furthermore, there are fourteen species of mammals, twelve species of reptiles, and sixty-four species of bird in the area.

For the local population in the Krishnasar Conservation area, the mode of livelihood is livestock farming. The blackbucks graze alongside the local livestock. The local residents of Bechaipur and Tulsipur protect as well as utilize the community forests. Also; earlier most of the current blackbuck habitat used to be private land.

Things to do and places to Visit